“Struggled with what I thought was ‘hormonal acne’ for almost two years (that broke out after severe stress) spent thousands on “miracle” products, lived on broccoli and juices, took prescription drugs, went to dermatologists and NOTHING helped. Life sucked. Then, I changed my sunscreen (that was recommended by a dermatologist, non-clogging and oil free) to 100% zinc oxide and it started going away. Every time I wore makeup, it would come back though.
Now I know that this was an ALLERGY to TITANIUM DIOXIDE, which is in almost EVERY makeup product, most sunscreens. So as long as I don’t wear makeup or eat anything containing it, my skin is just fine! I’m so happy but have such a hard time accepting my makeup free life so I still wear it from time to time and just deal with the consequences. I wonder how common this is? Anyone else?” -Safis


Are you struggling with acne or skin sensitivities that won’t go away? You’ve probably tried everything but it doesn't get better? Just like Safis, you’re probably not aware of the dangers of titanium dioxide to your skin and health.


While browsing through my Instagram feed, I came across this post from Safis (who happily wear’s our makeup now with gorgeous, clear skin). I know she’s not alone in this struggle and if you’re searching the Internet to find out if Titanium Dioxide is safe or causing your skin grief there is so much confusion out there, as so many brands state that its safe.
But
"On absorption of UV light, photo-generated titanium dioxide particles create singlet oxygen, superoxide anions (O2-) and hydroxyl radicals (OH-) that are potent free radicals (1,2). Irradiated particles of titanium dioxide can induce oxidative damage to DNA (2) which can lead to the development of mutant cells and skin cancers (3,4,5,6) and lipid peroxidation of essential functions on the cell membrane (7)."
Dr Peter Dingle (BEd, BSc, PhD)

The debate about the health consequences of Titanium Dioxide has been going on for forever and big industries are trying to hide the truth. As we’ve discussed in our previous post, Titanium Dioxide is unsafe and is shown to cause cancer in studies.
Not only is Titanium Dioxide carcinogenic but it also isn’t photo-stable, which is a fancy way of saying that when it is exposed to light on your skin, it creates free radicals that in turn ravage your skin, causing skin irritations, acne, rosacea & all sorts of skin conditions. And because most of us apply sunscreen & makeup daily our skin never gets a chance to recuperate & heal fully as it;s being constantly ravaged by free radicals.


This potentially dangerous ingredient is found in so many products you no doubt use daily, ranging from soap to toothpaste, sunscreen & nearly all cosmetics.


This means that as of 2021, all makeup will have warning labels stating the potential dangers of use (just like cigarettes).
I passionately believe that "Beauty should never ever come at the expense of your health which is why our makeup is 100% Titanium Dioxide Free”.


It is mind boggling to think that an ingredient that is in almost ALL makeup has been declared a carcinogen & there is radio silence. Women everywhere continue to use their makeup unaware of the potential dangers to their skin & health.


Here at MG Naturals we have long been passionate about providing a safe alternative to women everywhere. We strongly urge you to ditch your toxic, unsafe makeup & find a safer alternative for you & your skin. 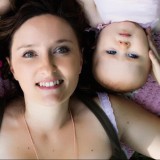 Why is your foundation pilling and how can you prevent it?

Can Silicones in Makeup Clog Your Skin Pores?

Sanity Prevailed As France Bans Use of Titanium Dioxide (E171)

Join our Rewards Program to Save!